Celebration Box found itself in controversy last year after it failed to deliver on a reported 2,500 orders for Father’s day last year. Disgruntled customers took to social media to voice their complaints when the company neglected to respond to customer complaints regarding missing and damaged orders. Furthermore, customers who took to the company’s social media pages to comment about their negative experiences found themselves blocked by the company.

The company’s co-owner, Iyia Liu, also found herself in hot water regarding issues related to her Girls in Business networking venture.

Business owners complained of receiving lacklustre presentations and being pushed to take part in influencer marketing campaigns that fail to deliver results.

Liu offers business owners the chance to benefit from her company’s large social media following by featuring their products in “tag-to-win” giveaways. In posts featuring influencers like Max Key or Jimmy Jackson, Instagram users are encouraged to tag their friends and follow all the brands featured in the giveaway post. According to critics of the company, giveaway posts are a reason why Celebration Box’s following had grown to nearly 80k followers within a short few months.

Small and medium-sized business owners complained that Liu regularly misplaced products ignored email complaints, with some or all of their products going missing and reappearing in future giveaways.

Additionally, companies who decided to no longer work with her reported receiving runaround responses or no response at all. If businesses successfully request a refund, Liu subtracts a 30 per cent fee for admin purposes.

The Celebration Bots page has responded to the news, stating that compliance advice was acceptable, given that Ms Liu’s business failures with that specific company were attributed to overconfidence and the lack of emotional intelligence instilled by her insta-famous persona. The page also emphasises that the commerce commission was only limited to customers of Celebration Box and not her other businesses and personal investments.

“We believe that people deserve to know if they are buying into hype or truth and our followers appreciate that their side of the story is finally being told. Getting a threatening message from Iyia is scary if you think she’s rich and powerful… Hopefully, we inspired more people to speak out after exposing how her media backstory is a façade.”

TVNZ announced that it will feature Ms Liu, including friend Edna Swart, in an On Demand series called BossBabes. It is unclear if the show will address the issues behind Celebration Box, but TVNZ cameras were featured at Liu’s latest Girls in Business event in May.

Pre-production for the series included an influencer studded flat warming party for Ms Liu in Okura, featuring several brands that supplied the party, some of which have worked with Ms Liu in the past for Bambi Boutique’s launch and Girls in Business.

Members of Celebration Bots did raise concerns that this show will become an advert for Iyia Liu’s influencer marketing services or a way to expose the haters. They reported that on the day the show was announced, “an associate from Iyia’s inner circle” attempted to blackmail one of their moderator’s identity, despite them using purposefully planted personal details.

Celebration Box’s social media has seen limited influencer activity recently while Ms Liu was in Bali as a part of her work holiday with Edna Swart. It is unclear if the slowed activity also has any relation to the recent closure of the investigation or not. 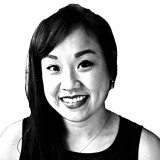